Halachians are a race of primitive humanoids from 2514 Bhadrapada VI, rather similar to early Stone-Age humans.

Halachians are human-like, although somewhat larger and stronger than typical humans. They have sloped foreheads, jutting mandibles, broad noses and mouths with large teeth. Their skin ranges from tan to grayish-white, and their hair tends to be dark.

The most notable ability Halachians display is their superior physical strength, compared to humans. Differently from humanity's ancestors, they have also developed the ability to see in the dark, thanks to their nocturnal hunting habits. Most are somewhat lacking in intellect, although they are able to learn as much as a typical human with sufficient effort.

The typical Halachian's mentality is rather simple, focused on getting by from day to day, by hunting or otherwise foraging for food and defending themselves against predators. Theirs is a harsh life, and they have adapted well to leaving those who cannot defend themselves behind. Halachians are typically peaceful and isolationist, leaving alone those who leave them alone, but are fierce and brave fighters when forced into battle.

Halachians have traditionally lived in small nomadic hunter-gatherer bands, living in yurts, tents or other simple dwellings and moving on when the hunt grows thin. Such traditional groups have a simple tribal structure, led by a local warrior-chieftain, with elders serving as advisors to both the chief and the community.

However, since the arrival of humans on Rancent's World, those colonists have made efforts to bond with this peculiar race, and many Halachians have been brought to live in human cities, where they tend to work as soldiers, mercenaries or menial laborers.

Halachian culture is marked by animistic beliefs and practices, with the appeasement of nature spirits being the focus of most of their rituals. They have developed a modest level of artistic expression in ceramic pottery and basket-weaving, as well as the manufacture of the polished stone weapons and tools they employed before learning the use of metal implements with humans.

While Halachians appear to be entirely native to Rancent's World, as shown by archaeological evidence (since they have no historical records of their own to speak of), ever since they were first found by the first human explorers in the planet, there has been speculation that both races share a common origin. Given humanity's vast and extensively studied archaeological records in Iriond, some scholars suspect that Halachians were brought to Bhadrapada VI a very long time ago (hundreds of thousands of years ago at least) by an unknown party, although a small minority wonder whether the opposite might have happened instead - that this race is evidence of humanity's origin in Rancent's World. Whatever the hypothesis, the similarities between the two races are certainly of high interest to researchers.

As far as recorded history goes, Kyrrztli documents speak of the Halachians in passing as one of many sentient races they have occasionally raided over the centuries. Sen-Ji oral tradition also accounts for a long, although infrequent, history of trade with them. Most hard information about Halachians dates from the time of human colonization and forward, as humans took a special interest in them, for the aforementioned reasons. From then on, many Halachians have been brought to live in human cities, though they rarely find themselves fully integrated into human society.

A cadre of Muranian scientists, ostensibly with the goal of extracting the secrets of mankind's origin from their genes, performed an extensive series of genetic experiments on Halachians in the early days of colonization, which has made many Halachians wary of Muranians (and humans in general). These experiments failed to unveil any significant scientific insight, but resulted in the creation of a mutated strain that, upon being set loose on the world, started reproducing uncontrollably and expanding into any territory they could seize. These mutants, significantly stronger and fiercer than their natural counterparts, are characterized by extremely aggressive tendencies, making them into a significant danger to all civilizations established on the planet.

The Eblian race, in particular, has developed a peculiar relationship with the Halachians. Having arrived in Rancent's World together with the first Confederate humans, and being in the forefront of the colonization effort, they have sought to forge bonds with all local races, and the Halachians are no exception to that. Eblians are, in fact, among the few off-worlders that Halachians usually trust. However, with the rise of the mutant menace, Eblians have jumped headlong into the fight against these aberrations (their mercenaries being a significant part of the human defenses in Bhadrapada VI), and their military doctrine has shifted to emphasize battling Halachians.

Halachians are equivalent to Half-Orcs, while mutants are equivalent to common orcs. Their isolationist tendencies, along with their relatively poor knowledge of structured society, lend them a Libertarian (individualist and anomist) alignment tendency, although individuals can stray from that (especially those exposed to human culture). 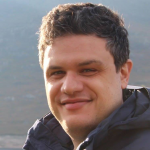